One of the world’s rarest single malt whiskies. It takes a strong, robust and flavourful style of malt to hold off the tannins and spices of the oak cask beyond even 30 years. It is rare for Macduff to appear as a single malt at all, let alone as a whisky of such a great age. This malt is venerable and special: it was produced before man landed on the moon The distillery lies in the North Eastern part of the Speyside region, close to the River Deveron and the sea port of Banff but the make is classified as a Highlands malt. Its whiskies are marked for their fruity, nutty and slightly oily qualities.

"The distillery lies in the North Eastern part of the Speyside region, close to the River Deveron and the sea port of Banff. Its whiskies are marked for their fruity, nutty and slightly oily qualities."

Appearance: Dull gold, with khaki lights. Aroma: A mellow nose, but still with some sparkle. A big, rich aroma, with aromatherapy almond scented oil, waxy hand-cream and tropical fruits like ripe pineapple, plantain, Ogen melon, gradually gaining a note of orange and mango on a base of fresh coco-nut. Complex, intriguing, appetising. Taste: A smooth, texture, teeth-coating and a savoury taste after a sweet start, with a trace of salt and a pleasantly spicy, medium-length and warming finish. Comment: Such a flavour profile can only be achieved by long maturation in an American oak refill cask. Macduff/Glen Deveron, now named ‘The Deveron’ by its proprietor, is not a common malt. This is the best example I have had the pleasure of tasting. Tasting notes by Charles MacLean. 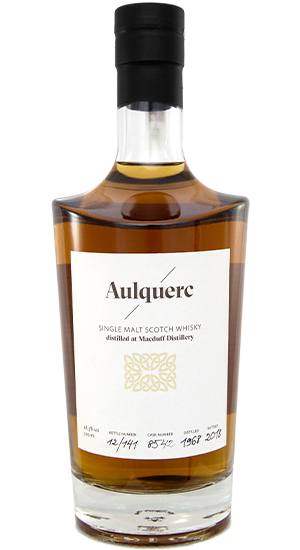 Aulquerc Macduff has been launched in style. 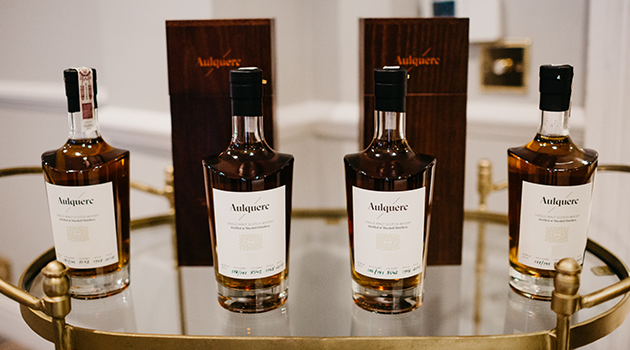 Whisky retailers, writers and aficionados had the chance to taste the rare Highland malt, the oldest expression ever released from the distillery, at an evening at Dukes Hotel, Mayfair, London. The evening was hosted by brand owner Stilnovisti’s chief executive and Whisky Quarterly publisher Krzysztof Maruszewski, and the whisky was presented by leading author and expert Charles MacLean and former Whisky Quarterly Editor Sir Colin Hampden-White. MacLean described the Aulquerc Macduff as the best expression he had ever tasted fro the distillery. Among the guests was current Whisky Quarterly Editor Dominic Roskrow, who was particularly interested in how drinkable the malt whisky was. “It is very rare rare to find a Scotch whisky that has spent half a century in the cask,” he said. “You could probably name on two hands the number of whiskies that are bottled at this age. There are all sorts of reasons for this, but mostly it’s down to the fact that at some point after 20 or even 15 years, the strong flavours of the oak cask start to dominate the taste of the malt. The whisky maker must make a decision as to when to take the whisky out of the cask and bottle it. This rarely happens beyond 30 years, and it takes a robust spirit to survive the cask for as long as 49 years. “And then there is the strength of the whisky. It will initially be put in to the barrel at above 60% ABV, but because of the Angel’s Share - the annual loss of strength to the elements - the strength will get lower year after year. After a few decades the strength will fall close to 40% ABV and should it fall below that strength the malt cannot be called whisky and is useless. “What makes this single malt so special is that is is still very drinkable and is not over-woody or astringent. There have been cases in the past where 49 year old whiskies have been released primarily as an investment. As a result the bottles were unlikely not to be opened. “That might be the case here, too. But were you to choose to open the bottle to drink, you would be set to enjoy an exquisite, rounded, and highly pleasant aged Highland malt. This is outstanding liquid.” . 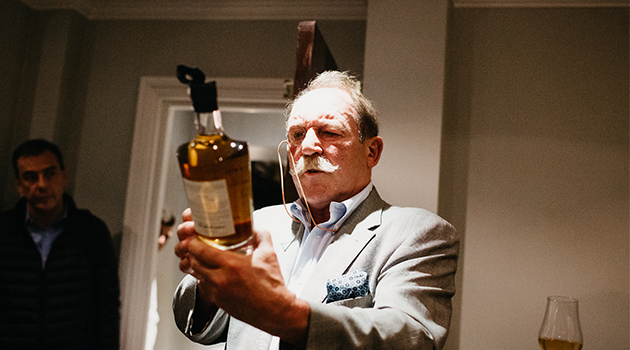 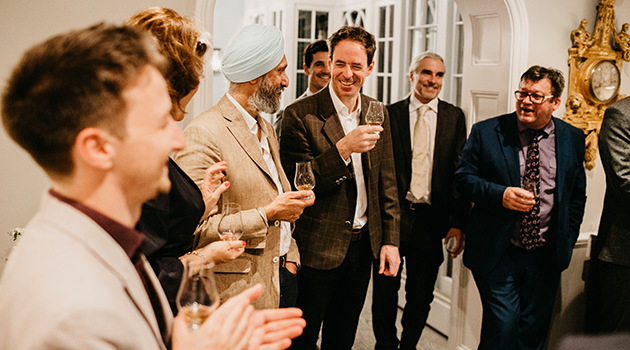 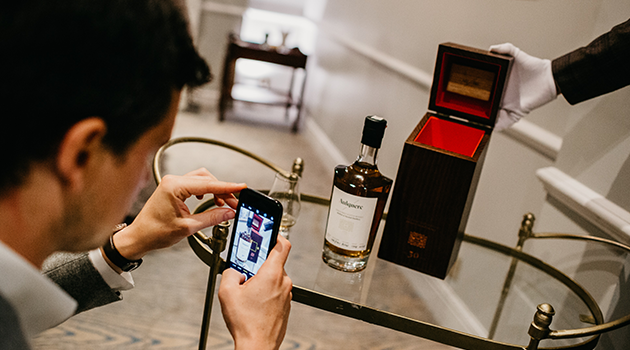 Such a flavour profile can only be achieved by long maturation in an American oak refill cask. Macduff is not a common malt. This is the best example I have had the pleasure of tasting.

Chosen by Our Team

Charles MacLean is a writer whose special subject is Scotch whisky, about which he has published ten books to date, including the standard work on whisky brands, Scotch Whisky and the leading book on its subject, Malt Whisky, both of which were short-listed for Glenfiddich Awards. He acts as a consultant to the whisky industry on a variety of matters over the past 20 years.

A huge authority among experts in aged spirits. Currently, there are about 15 books by Dominic on the market regarding the category of brown spirits, craft beers and gins. He is one of the few people in the world who have the title “Keeper of Quaich” for his contribution to the development of a scottish whisky culture.

The Company’s founder and its CEO has been dealing with alternative investments for over fifteen years. He has managed investment portfolios of over 50 million GBP. He is also honored with the title of the “Keeper of the Quaich” for outstanding achievement in the whisky industry and promotion of Scotch culture